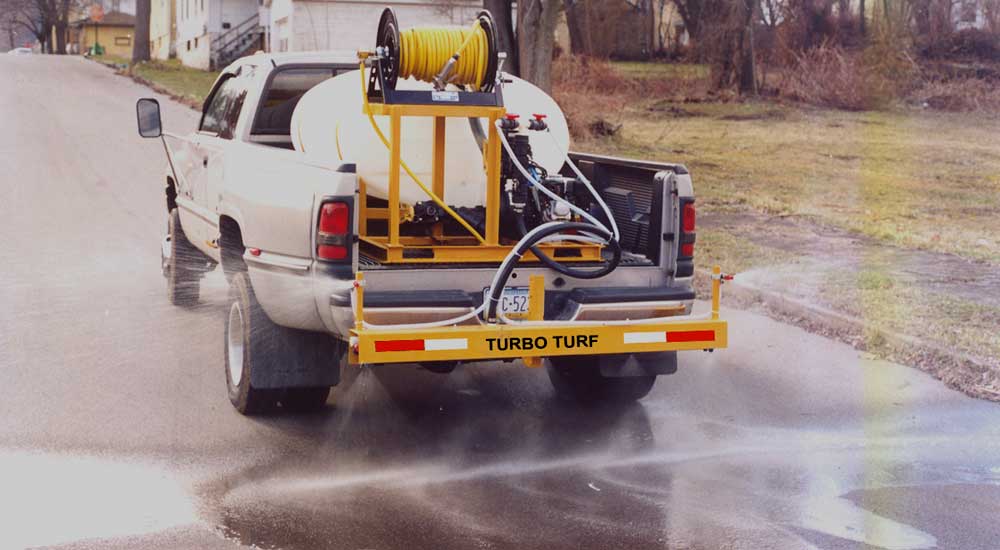 There is a revolution going on in controlling snow and ice on roads and parking lots. Salt (sodium chloride) works best at temperatures at or just below freezing. Liquid products can be effective to temperatures as low as -25 degrees F. Usually salt is spread AFTER the storm hits. Liquid products can be effectively sprayed as much as a week BEFORE the storm. Liquids go into the pores of the road and won’t be thrown from the road. As much as 80% of salt and sand is thrown from the road and wasted. When applied before a storm the chemicals are under the snow and ice and prevent ice from forming a bond to the surface. If plowing is required plowing is easier and only slush not hard pack will remain. Salt is highly corrosive and harmful to vegetation. Liquid products can be much less harmful.

# 1. Reduced material costs. Numerous studies have shown using liquids for ice control can be very cost effective. One of the best tests we have seen was done by the state of Idaho on route 12 which compared the costs for three years of using granular vs 3 years of liquids. They found a 65% reduction in material costs.

# 2. Reduced Labor. Liquids can reduce labor costs. Not only do they apply faster but they can be applied up to a week before a storm where granular materials must be applied after a storm. That means that instead of the crew working long grueling hours after a storm hits the material can be applied at a more leisurely pace and a convenient time well ahead of the storm. The state of Idaho tests showed a 62% reduction in labor costs using liquids for ice control.

# 3. Improved Results. Because liquids are usually applied before a storm when a large snowfall occurs the liquids will prevent the snow and ice from bonding to the pavement. If plowing is necessary it will plow clean leaving only a layer of slush rather than the hard pack that is common when plowing untreated areas. The roads and parking lots are safer for users. Tests that were done by the state of Idaho tests show an 85% reduction in accidents using liquids.

# 4. Less downtime. Liquids go further. Most liquid materials are applied at a rate of 30-40 gallons per lane mile or acre of parking lot. That means that even a 300 gallon liquid ice control unit will do 8-10 acres of parking lot or 8-10 lane miles on one filling. The result is less trips back to refill. .

# 5 More effective.    Liquids are available that work at a wider range of temperatures than salt. Liquids can start working immediately. Rock salt usually works best once traffic has passed over it for a while. Traffic often throws rock salt away from the area it is needed on. Liquids stay in place better.

# 6. More versatile. Using a hose you can quickly and easily do walks, steps and even the areas between parked cars that are hard to do any other way.